An unreliable narrator is a narrator that you cannot trust. That could be because they’re lying to the reader, they’re lying to themselves, or there’s something going on that’s opposite of what they think is happening. Some of the best examples come from Edgar Allen Poe, especially The Telltale Heart. An unreliable narrative is similar, in that you can’t trust what’s being shown to you. Shinzo Abe’s Ruined Map is a good example of this, where both the narrator and the narrative are unreliable.

Westworld‘s narrative is apparently almost entirely unreliable, which is made even more evident with the final episode. And I love how the idea that the viewer is unable to trust what they’re watching parallels Maeve’s realization that her own decisions have been pre-defined by her code, so that every choice that she’s made up to the final episode wasn’t actually her choice.

Then there’s Dolores’ story, which not only changes perspective, but also changes times and places and identities willy-nilly. Coupled with the realization that one of the primary story lines for the ENTIRE SHOW is actually one extended flashback from Dolores’ perspective, and that the good guy we were rooting for (William) is actually the Man in Black, the whole show gets turned entirely on its head.

I will admit that the hat symbolism with William was pretty heavy handed from the start. Maybe it’s because I have an IT background, but as soon as I saw the cowboy hat that he puts on in his first appearance, I knew we were supposed to think of him as the good guy. There’s a term for a hacker who does it for good: white hat. It’s where my mind immediately went as soon as William placed it on his head. He then loses the hat, showing us that he’s in an intermediate state, vacillating between good and bad, and then he picks up the familiar black hat in the final episode, showing us his transformation into the evil man we see in episode one.

I’ll likely binge watch the series again, looking for any kind of hint or clue to the final episodes absolutely astonishing conclusion. I’m sincerely hoping there are no hints whatsoever, as it would undermine the unreliable narrator/narrative completely. My heart is hoping that the writers of Westworld said to hell with their audience and set out to leave us as shocked as the guests at the end of the episode. 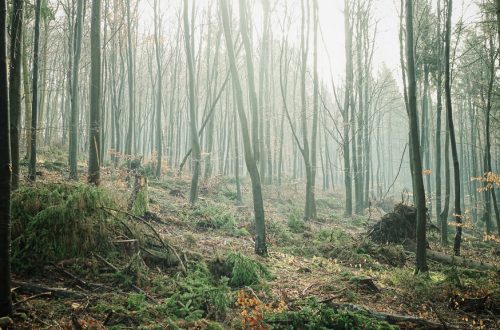