Most people aren’t going to be familiar with the term “transformative fiction.” That’s because it’s better known as fan fiction, or fan works if we’re talking about the larger group of art and content that fans create for their shows. I cut my teeth writing transformative fiction, and I’ll admit that I have a personal fascination with it as a statement about what cultural groups are looking for in their media, and where mainstream media is missing the mark. I’ll discuss that in a different post than this, one, though.

With the Star Wars reboots happening right now, transformative fiction is getting put into the limelight. Both Rogue One and Episode VII: The Force Awakens have credits stating the stories are “based on characters created by George Lucas.” In the early days of fan fiction (or at least when I started writing it), statements like that would preface a story in a disclaimer. These new stories are putting transformative fiction into a legitimate and mainstream role that, I think, will drastically change how transformative fiction and the people who write it are viewed.

I first started writing fanfic in 2000. I’d been reading it for a few years by that time, mainly X-Files stuff that focused on the romance between Mulder and Scully (a relationship that didn’t appear in the show until later). I honestly don’t remember how I first learned about it, other than stumbling upon something on a BBS about the show. Between those and mailing lists (yes, mailing lists, stop looking at me like that), I found websites and groups that had more fan fiction. These communities were fairly isolated at the time, and good writers tended to dominate them. However, you also received in-depth feedback on your writing because of how tight-knit everything was, and I think some of my early improvements as a writer were due entirely to these environments and the close, personal interactions and discussions I would have with other fans about my work and the shows or book series they were based off of.

The thing about fan fiction in the early 2000’s, though, was that it was entirely under the radar. I didn’t talk about it with my real-life friends. I didn’t share my interest in it or that I was writing it. I adopted a handle and very rarely shared my real name with anyone. And I definitely didn’t tell people in real life. There was something clandestine about it, and it wasn’t until people like Cassandra Clare (she was a big player in the Harry Potter fandom during the mid 2000’s and got into some trouble with the community) and E.L. James (Fifty Shades of Gray started life as a Twilight fanfiction) that it became more mainstream.

Now, fanfic is much more readily available. Archive of our Own has millions of stories over a huge range of fandoms and genres. Tumblr is a hotbed for fans to discuss and expand upon shows. And then there’s Star Wars.

I will admit to an early love for the Star Wars universe. I am a nerd, and I was raised by nerds. I dreamt of flying X-Wings and being a Jedi. I wanted to love the prequels (spoiler alert: I didn’t), and I was nervous, but excited, about The Force Awakens. The prequels were the story of Anakin Skywalker and his path to the dark side, but they had an ending that we all knew was coming. We all knew that small, terribly acted boy would become Darth Vader. We knew Luke and Leia would have to be born, that they’d be sent to their requisite planets, and that somewhere in there, we’d find out more about who Vader was before he turned.

What’s interesting about The Force Awakens, though, is that it is a completely transformative work. It takes characters created by someone else, throws in some original characters, and tells a story in the original world about their interactions. It’s a high-budget fan fiction, as weird as it is to think about it in that framework. Now, it’s a legitimized fan fiction, one that has the backing of Lucas Arts and Disney and the world, but still, the point stands. Unlike the millions of fics on AO3, it’s a fic that is now canon.

Rogue One is another step in the same direction, albeit one that’s almost more dangerous as it fills the gap between Revenge of the Sith and A New Hope. That’s a fine line to walk, and they push it right to the edge. The last scene of Rogue One is almost minutes away from the start of A New Hope. But, again, we’re dealing with a core cast of original characters, surrounded by characters from the original stories and spin-offs (Saw Garrerra, C-3PO, R2-D2, and Mon Mothma to name just a few) in a world that the writers of the script didn’t create. It’s another fanfic. It’s a dark fanfic to be sure, and decidedly different in tone than the original trilogy or The Force Awakens, but it’s still a transformative work. And a wildly successful one at that, based solely on the Thursday box office.

What this all boils down to is that kids who are out there writing fan fiction are going to see it in a completely different way than I did growing up. Even the very first fanfics (magazines written by Star Trek fans, generally focusing on the relationship between Captain Kirk and Spock) were under the table affairs, mailed or passed around at conventions quietly. It was taboo to take someone else’s work and fill in the gaps that you saw within it. Today? Not nearly as much.

The other thing that makes me really happy about how mainstream fan fiction is getting is that young writers aren’t going to see fanfic as inherently less worthy than original fiction. I’ve read some fic that is mind-blowingly good. Well written, well plotted, well executed. There are some fanfics that I’ve enjoyed more than published works I’ve read, and I know multiple fanfic authors who are now published because they cut their teeth writing in the safe space of fandom. I love that newly minted writers aren’t going to see their transformative works as less worthy of praise than original fiction. It’s a shift in the history of transformative works, and it is, to put it simply, a transformation.

I’ll write up another post on Monday, though I’m not sure what the subject will be. I’ve got two holiday parties this weekend, so I’ll be sneaking writing in between those and getting Christmas presents wrapped and ready to cart to Chicago. See you all on Status Sunday. 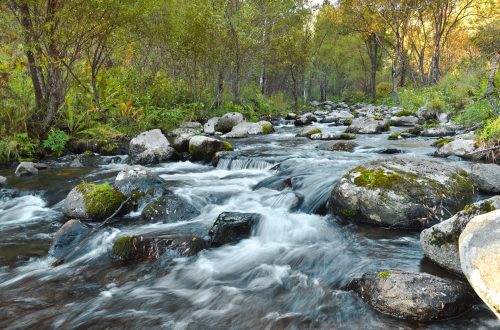