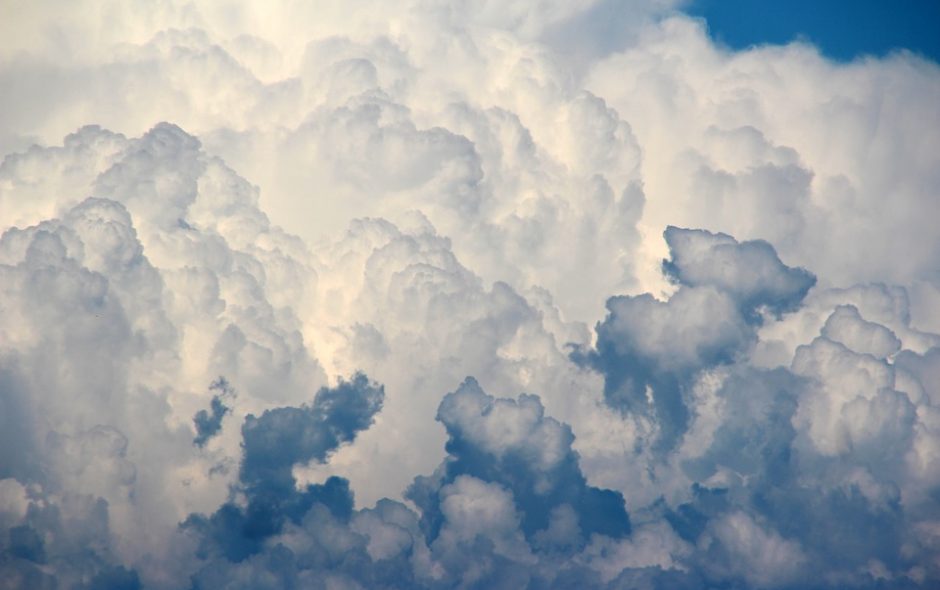 When I first started writing, I was limited to Microsoft Word or its freeware knock-offs. This meant that I was tied to a single computer, with a single file. I used to carry a notebook around with me, so I could write ideas down. In fact, some of my first fiction was written by hand, on the long bus ride to and from school. Now, with wifi and lightweight laptops, writing on the go is a lot easier. My main tool for writing these days is Google Docs, and that’s what this blog post is about. How to make effective use of writing in the cloud, the upsides of it, and the downsides.

I’m firmly of the opinion that Google will eventually become our benevolent digital overlords. Well, them or Amazon. Or both of them, if some massive kind of merger were to one day occur. But I digress. The great thing about Google is that they put a lot of effort into the design of their offerings. Searching the internet was transformed when Google came onto the scene, quickly replacing other search engines like Ask Jeeves or Altavista. It’s become a ubiquitous term for looking things up, the verb to google getting added to Merriam-Webster in 2006. And while Google made a name for itself as a company through its search engine, it’s other web applications are equally as good.

I started writing Burner in Scrivener. It’s one of the most recommended pieces of software for outlining, plotting, and writing novels, and I got it on a discount. I used it to rough out the first outlines, wrote up character bios and descriptions, and started working, chapter by chapter, to write my first novel.

I quickly figured out that Scrivener is not for me. The program is built on the premise that each chapter is an individual, separate element within the story. They get put into their own spaces, and you have to manually select different chapters to view their content.* As I got further and further into the story, I wanted to be able to easily look back at what I’d written and get a clear feeling for the transitions between scenes and chapters. Scrivener didn’t lend itself to that.

*I could be wrong here. Maybe it’s more customizable than that. However, when I used it, I used a base configuration that did not work for me.

The other issue with Scrivener was that it was limited to the laptop I had it installed on. I couldn’t work on my novel during lunch breaks at work, or if I had access to a computer that wasn’t my own. It limited me to a single writing source, and just like those early days of writing, I wanted something I could carry around with me.

I ended up porting my manuscript into a Microsoft Word document and wrote there for most of the first draft. However, right at the end of November, I had a trip planned to visit my family in Chicago. My husband, daughter and I would be away from home for a week, and I didn’t have access to Word on my laptop. So, I imported the document into Google Docs, and it ended up being a life saver. I was able to keep working on my novel uninterrupted, and I reached 50,000 words on the trip.

One of the main benefits of Google Docs, at least for me, is that it’s very minimalistic. I would seriously be happy to have an old-school writing application, where it was just a black screen with green text. Google Docs has that kind of feel to it. If you minimize the top toolbar, you’ve just got a blank page with black letters, and I love the lack of distraction inherent in the app. On top of that, you have the added benefit of a spell checker, easy in-line searches and definitions, and a fairly robust suite of formatting tools. It’s not nearly as in-depth as Word when it comes to controlling the format of the document in print, and it doesn’t have as many fancy tools, but that’s okay with me. I don’t need most of those settings until I’m getting to the point of formatting my novel, and most of my time spent with the draft is before that.

Google Docs is also cloud based, so I’m not limited by an application or a computer. I can work on my stories from anywhere, which is great when I want to easily switch between my desktop and laptop computers. I can also collaborate with other writers very easily, just by adding them to a list of users who have permission to access the document. The level of access is also controllable, which gives me the ability to limit other’s to only commenting or making suggestions on the document, rather than making out-right changes. I also use the comments in the app to make notes to myself about areas that need work, ideas that could be fleshed out, and ways to improve the story overall. On top of all that, I make use of Google Sheets (their version of Excel) to keep track of characters, progress on the novel, and timelines for both the story and its publication. And since I can sort and store this all in Google Drive, I’m able to consolidate my notes and drafts in one place.

The one major downside to Google Docs is that as the document grows in size, it takes longer to load. Burner is nearly three hundred pages long, and it takes around thirty seconds to a full minute to load, depending on the internet connection. While the document is loading, especially at greater sizes where the lag is more noticeable, it can cause pages to not load fully, make parts of the automatic outline not work, or just cause writing to show up on a delay. Even with all of that, though, I still find it a better writing tool, at least for me, than Word or Scrivener.

Again, like I’ve said in most of my posts where I offer advice, it’s about what works for you. I need to be able to easily navigate my story as a whole, rather than individual parts, and I need to be able to access it from anywhere. Google Docs answers those needs for me, and it provides other benefits as well. Obviously you want to work with the tool that suits you best, but if you haven’t tried Google Docs before, I would highly recommend giving it a go.

I’ll be back on Friday with my next regular post. See you all then.